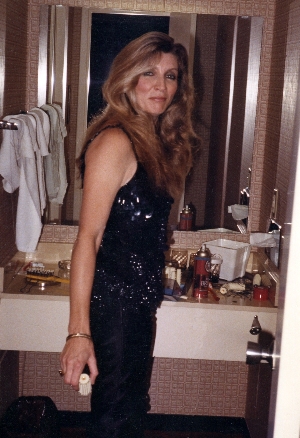 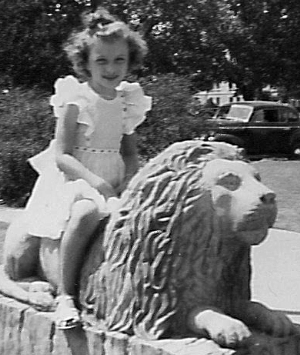 Sandy at East Texas State University, ca. 1950
.
Sandy was born September 10, 1942 in Greenville TX.  She attended Quinlan TX schools, and was the Panthers mascot in high school.  Her mother, Atha Lea, was Sandys schoolteacher for most of those years, while her father, Wayne, owned the Magnolia service station in town, along with two skating rinksand was Quinlans mayor from 1955-62.  Sandy grew tired of living in a small town and having everyone 'in her business,' and left Quinlan in 1960.  She made her home in Garland TX after several years in Houston and Dallas.
.
Sandy was married twice (first to B. F. Davies, 1957-1963; then D. M. Nance, 1964-1977,) and had one child with each.
. 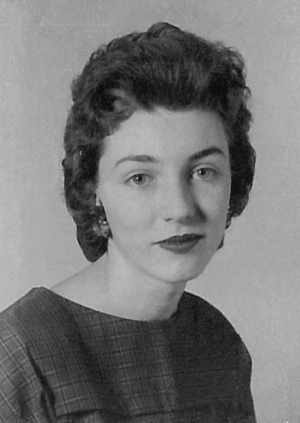 After working in secretarial roles at Majors Field airport in Greenville TX in the 1950s, for an investment company in Dallas in the 1960s, and for Shook Tire Company in Dallas during 1976, Sandy attended and graduated from Artistic Barber College in Dallas in 1978.  She was a hair stylist at Campbell Centre Hair Design for a while thereafter.  Also in the 1970s, Sandy took continuing education courses at Eastfield College in Mesquite TX.  Starting in the early 1980s, Sandy fulfilled a lifelong dream and traveled extensively as an ambassador for the National Wrestling Alliance.  In recent years, she served on the board of directors of her communitys HOA, until being sidelined with vascular dementia and Parkinsons disease in 2016.
. 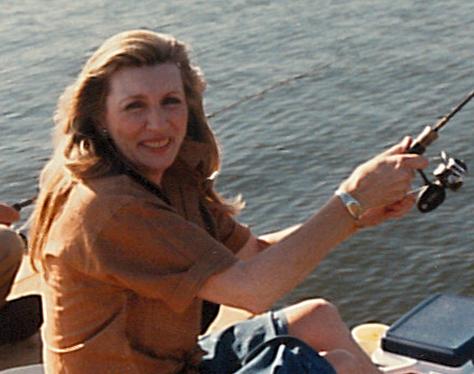 In her prime, she was a free-yet-burdened spirit, tempered by her small-town upbringing and two unsuccessful marriages.  But Sandy loved her kids, and was quite adept in a homemaker roleespecially with her cooking!   She loved to travel, exploring all of Canada, the Bahamas, and most of the US.  Her favorite spot was Peggys Cove in Halifax, Nova Scotia.  And Sandy was just as comfortable being at a formal event as she was at climbing a tree while wielding a chainsaw!
. 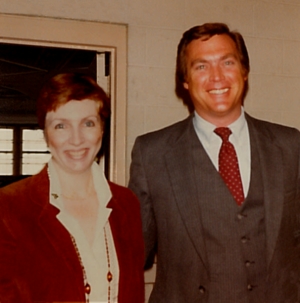 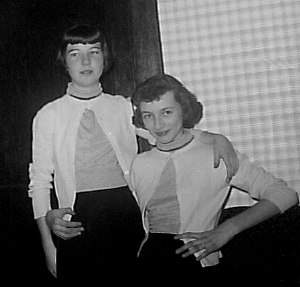 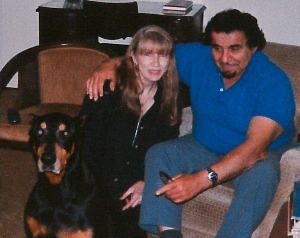 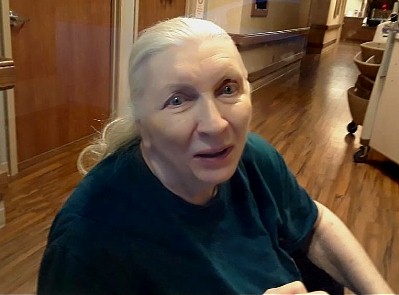 Just before Christmas, 2020, Sandy contracted the COVID-19 virus and developed pneumonia, and, despite a valiant effort to overcome it, she died January 5, 2021 in a Rowlett TX hospital at the age of 78.  In accordance with her strict wishes, there was no service, and her body was donated to the University of North Texas Health Science Center in Fort Worth for medical research.

Sandy's family deeply appreciates the kindness and efforts of the staff of Highland Meadows Health and Rehabilitation in Rockwall TX, who handled Sandy's care for the last four years of her life.