Radio Center was the longtime home of KDNT-AM/FM in Denton.  Located at 235 West Hickory Street on the southeast part of the town square, the property began life in 1921 as the Shepard Funeral Home, owned and operated by Harwell Shepard's father, V. W. Shepard, with living quarters for the family located upstairs.  When V. W. died in 1942, Harwell took over the family business.  After a fire at the building in 1947, he built a new location for the funeral home, and renovated the Hickory Street building into a radio station.  KDNT moved from its original Ross Street location into the building, now christened "Radio Center."  And the building still keeps the name today, although KDNT has been gone from there since 1981, and since Harwell's son, Sandy Shepard, sold the property in the late 1990s.  The rooms have now been converted into offices and small apartments.  UPDATE:  As of June, 2014, Radio Center is being remodeled...again!  Click HERE.


RADIO CENTER OVER THE YEARS...


By the 1930s, another building is attached to the east side 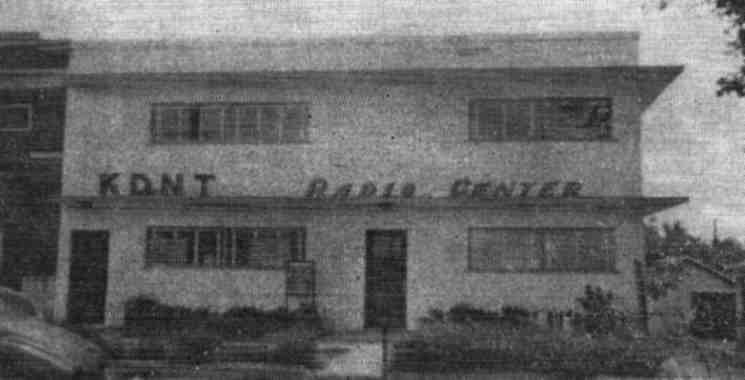 1947 photo of the newly-christened Radio Center 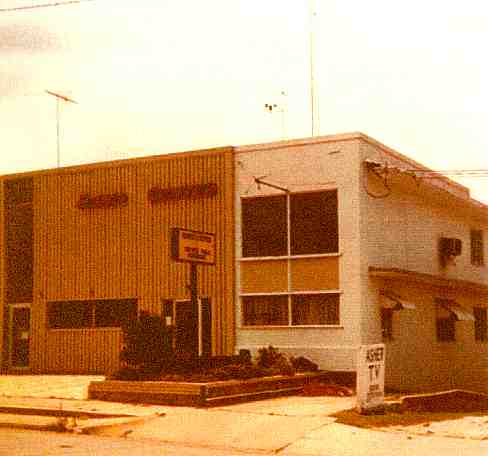 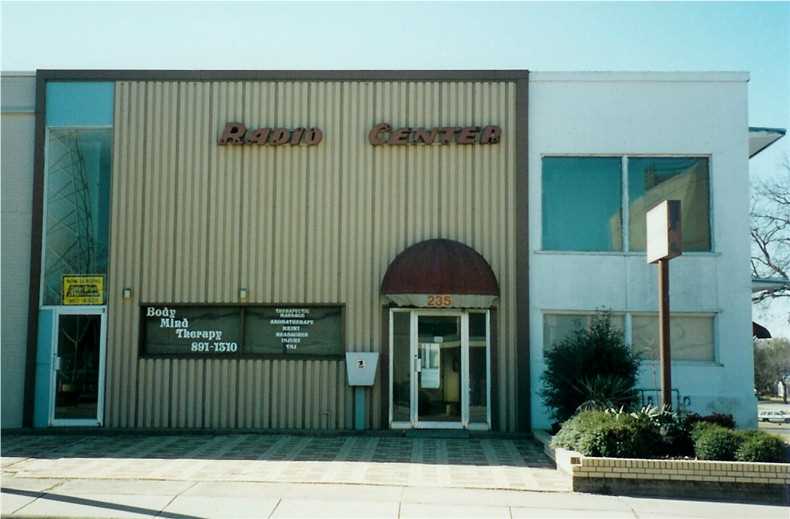 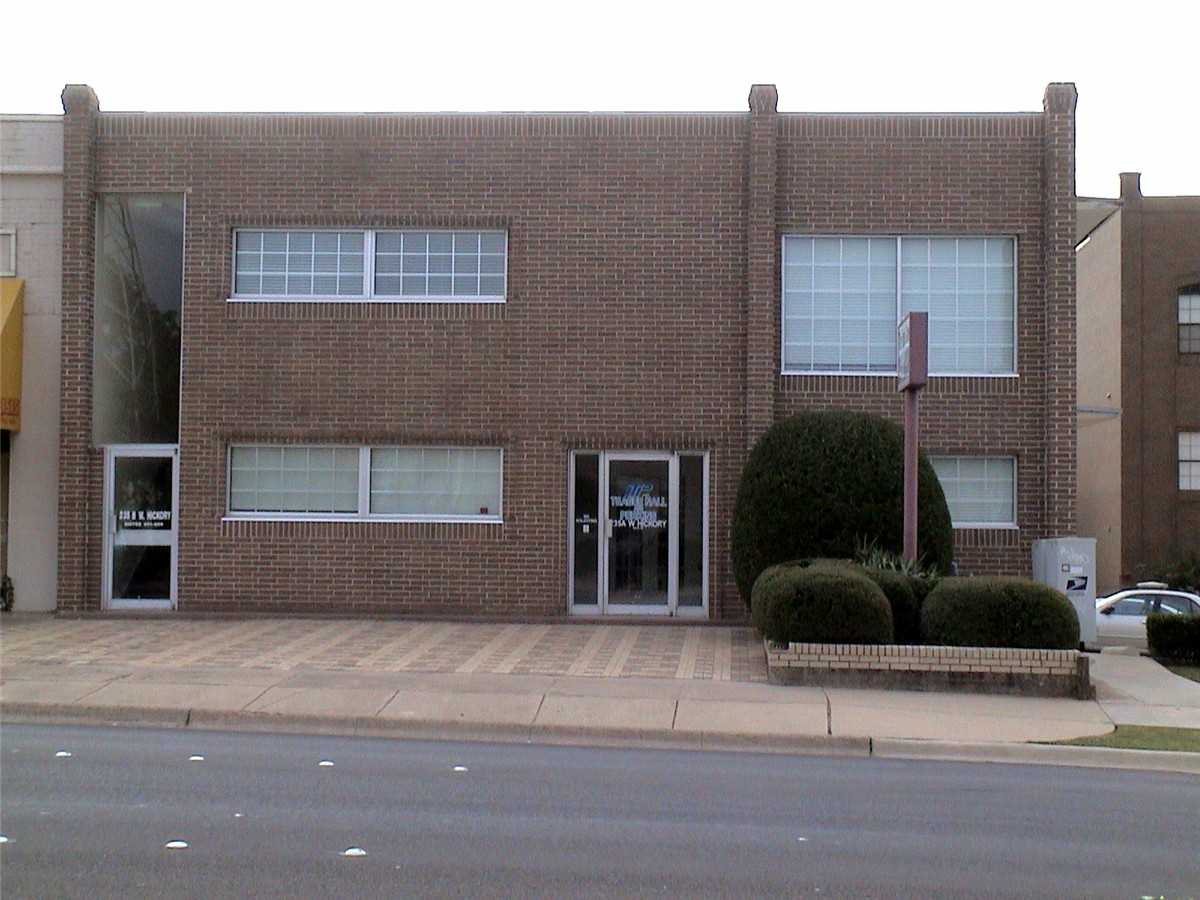 Radio Center, today.  There's little resemblance to any former version of the building


Floorplan of 235 West Hickory studios.  Note the numbered camera positions that match up the following photos: 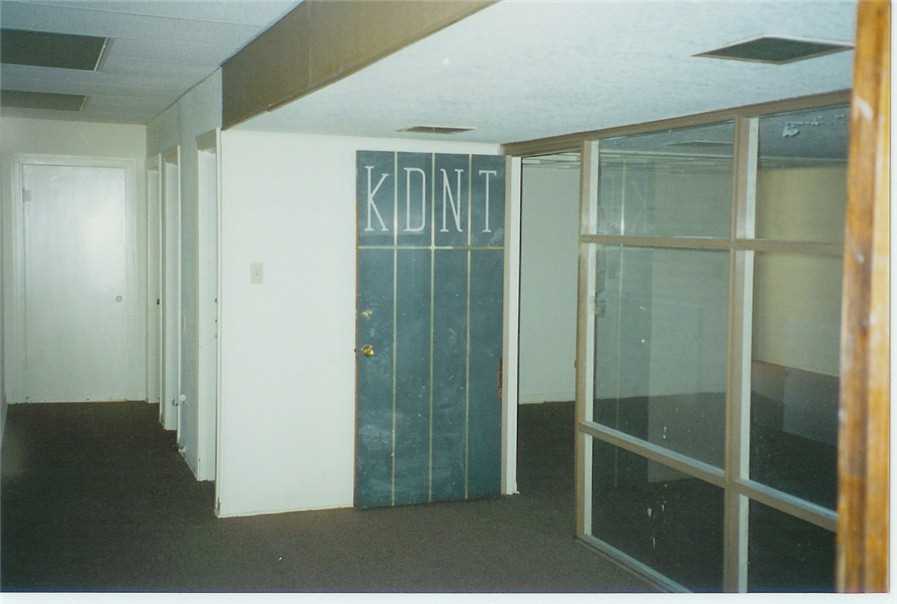 1.  Looking from the top of the stairs, it's the entrance to the station
(door opens outward into hall; "KDNT" logo would face receptionist when door is closed)

2.  In auditorium, looking towards original control room (left) and the bandstand (later the new control room) 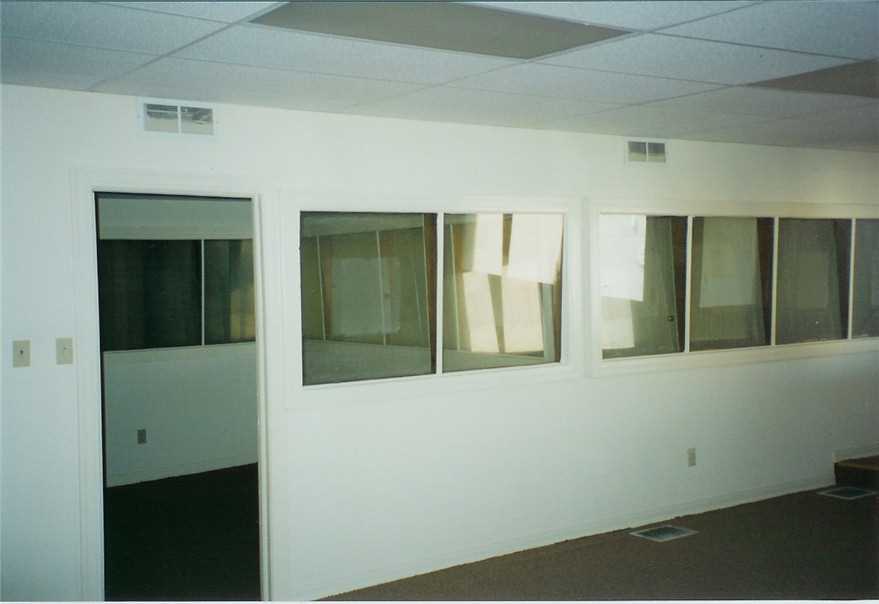 3.  Old news studio (toward left) and original control room (windows to right) viewed from the auditorium 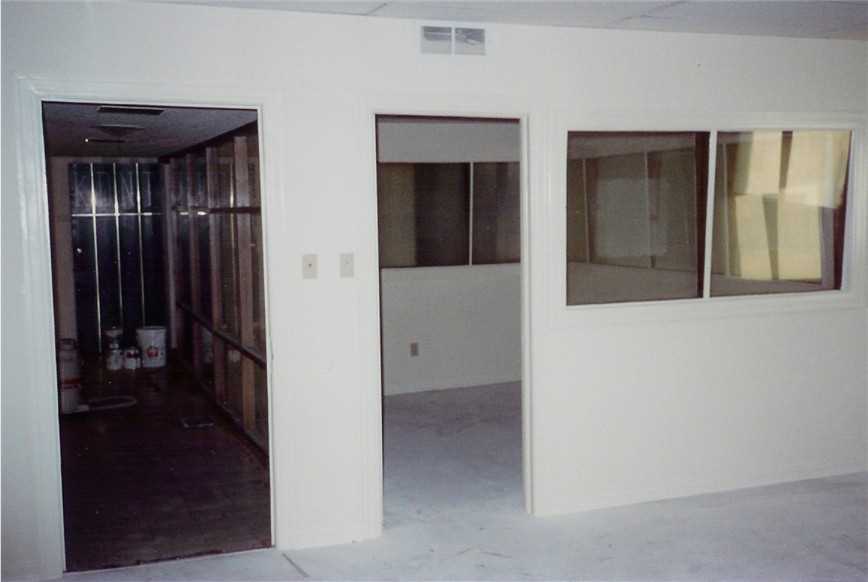 4.  Looking into the hallway (towards left; note the KDNT door in the background)
and in the old news studio (towards right) viewed from the auditorium 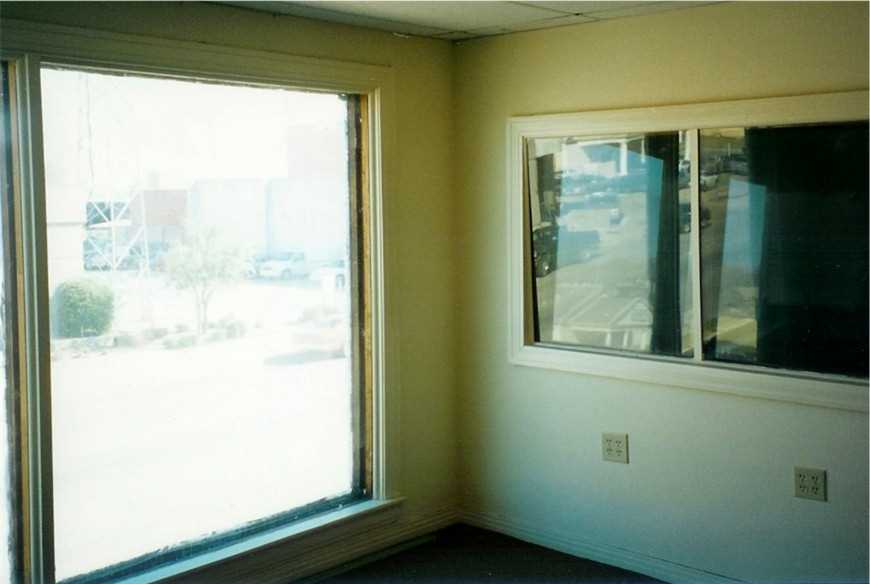 5.  The control room allowed passer-bys to watch the disc jockey in action 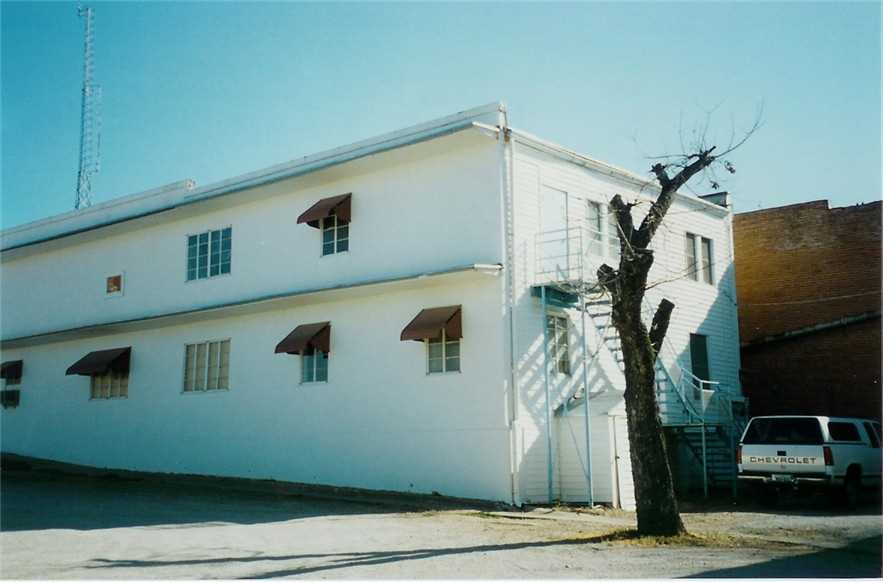 Side and back of the Radio Center property, 1990s

Sandy Shepard wrote to let us know about big changes at 235 West Hickory Street:  "The remodel of the building is moving very slowly.  The downstairs was completely gutted (it's a wonder they didn't have a cave-in!) The floor and all interior walls were removed.  They moved down to the dirt and drilled a number of pier holes, then covered it with a cement slab.  Now, when you enter, you go down several steps to the floor.  At the back, the old basement has been retained, so I don't know how they will incorporate that.  Still very early yet.  Upstairs, things haven't changed as much since the remodel in 2000.

.
Both:  Downstairs area, as viewed from front door